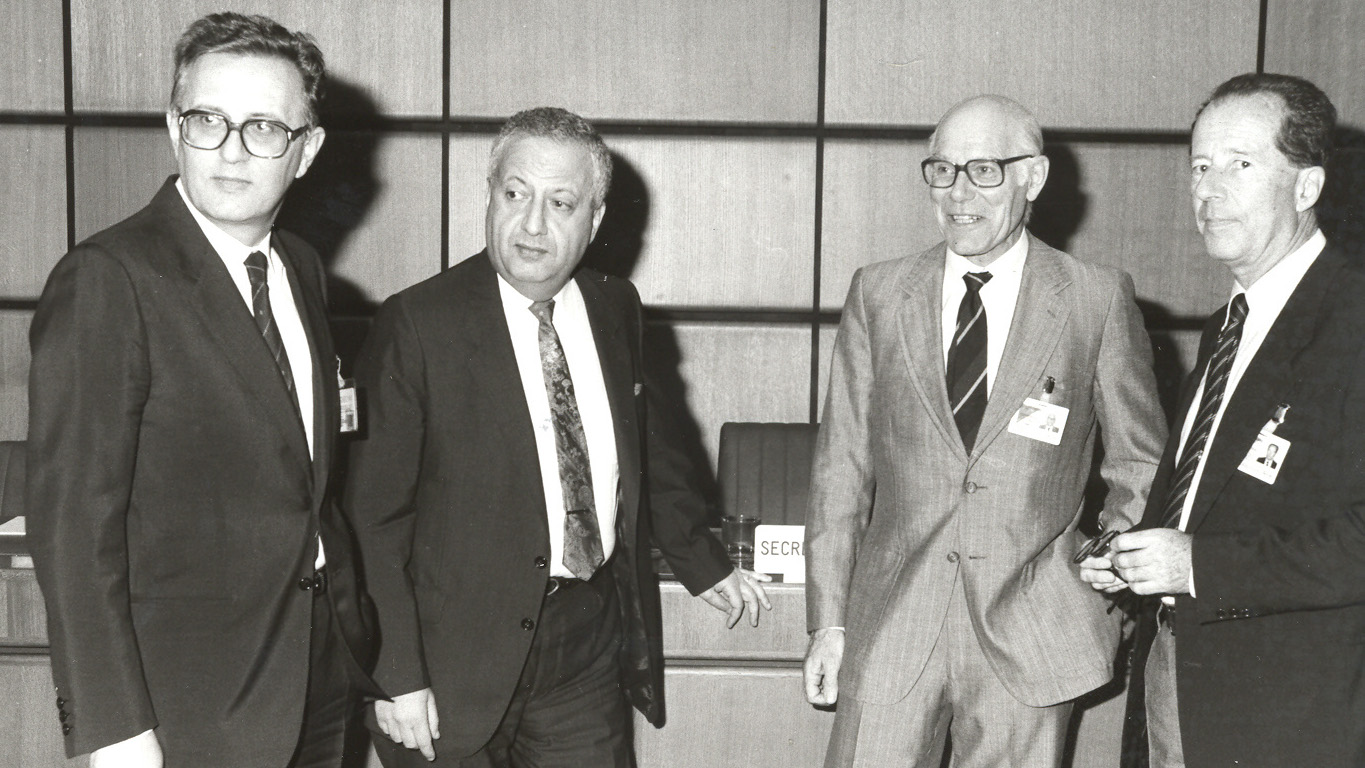 In December 2021 four countries were invited by the General Assembly to join the Committee, namely Algeria, Islamic Republic of Iran, Norway, and United Arab Emirates.

Six Member States were invited to join the Committee in 2011: Belarus, Finland, Pakistan, Republic of Korea, Spain, and Ukraine.

On 11 March 2011, the Fukushima-Daiichi nuclear power station (FDNPS) suffered major damage after the magnitude 9.0 great east-Japan earthquake and subsequent tsunami. It was the largest civilian nuclear accident since the Chernobyl accident in 1986. Radioactive material was released from the damaged plant and tens of thousands of people were evacuated.

In May 2011, the Committee embarked upon a two-year assessment of the levels and effects of radiation exposure from the accident. In October 2013, the main findings of the UNSCEAR 2013 Report titled "Levels and effects of radiation exposure due to the nuclear accident after the 2011 great east-Japan earthquake and tsunami" were reported to the General Assembly in October 2013 (A/68/46), and the UNSCEAR 2013 report was published in April 2014, along with the supporting scientific data and evaluation.

As more information became available with time, there was increasing evidence that some of the doses to the public set out in the 2013 Fukushima Report were overestimated, with those from ingestion significantly so. At its sixty-fifth session (2018), the Committee decided to update the 2013 Report to reflect the latest cumulative scientific findings and developments. The UNSCEAR 2020 Report summarizes all of the relevant scientific information available (up to the end of 2019) relating to the levels and effects of radiation exposure due to the accident at the FDNPS.

2006: Fiftieth Anniversary of the First Session of UNSCEAR

The year 2006 saw the fiftieth anniversary of the first session of UNSCEAR. At a reception hosted by the Mayor of Vienna to mark the occasion Mr. Hans Blix, special guest speaker, said that "Without the immense work of the Committee over the years, the necessary international harmonization on safety matters could not have been achieved."  He added that "This century will call for an UNSCEAR that remains independent, scientifically authoritative and increasingly ambitious to cope with growing challenges." He believed that UNSCEAR should also make itself and its work better known. "It is essential that UNSCEAR's conclusions be heard loud and clear", he said.

The programme of work of UNSCEAR from 2000 to 2010 involved authoritative reviews of information on: the risks from exposure to radon; epidemiological studies of radiation and its cancer and non-cancer effects; radiation effects on the immune system; and cellular responses to radiation exposure. Reviews are also being made on medical, public and occupational exposures; radiation exposures from accidents; health effects of the Chernobyl accident; and radiation effects on non-human biota. The reports that cover these topics were published in the 2008 Report.

1990-2000: Radiological legacy of the cold war, occupational exposure from NORM, and radon exposure

In the last decade of the 20th century, attention has been focused on the radiological legacy of the cold war, with assessments of the radioactive residues from weapons production and testing, and hereditary effects of radiation. Major reports of UNSCEAR were issued in 2000 and 2001.

Occupational exposure from work with naturally occurring radioactive material and exposure to radon were receiving attention. Biological effects after low doses of radiation and effects on non-human species were topics of interest.

Russian Federation and Slovakia superseded the USSR and Czechoslovakia as Member States in the Committee.

The Chernobyl accident in 1986 was a tragic event for its victims and there has been major hardship for those most affected. From early on, UNSCEAR was involved in the assessment of radiation exposures and health effects. In 1988, it published a first account of acute radiation effects in emergency workers and of the global exposures. A more detailed assessment of radiation levels and effects from the accident was published in 2000. The Committee has participated in the Chernobyl Forum, whose important mission covered many aspects of the accident, including the review of radiation health effects. The Committee continues its work to provide the scientific basis for better understanding of the radiation health effects.

In 1974, the UNSCEAR Secretariat moved from New York to Vienna and was functionally linked with the United Nations Environment Programme (UNEP).

In 1973, the General Assembly invited a further five UN Member States to participate in the Committee, namely Germany, Indonesia, Peru, Poland and Sudan.

Partial Test Ban Treaty on the prohibition of nuclear weapon testing in the atmosphere was negotiated and signed in 1963. This treaty was largely based on the reports submitted to the General Assembly by UNSCEAR, in 1958 and 1962, presented comprehensive evaluations of the state of knowledge about the levels of ionizing radiation to which human beings were exposed and of the possible effects of such exposures.

Over the decades that followed this important first achievement, UNSCEAR became the official international authority on the levels and effects of ionizing radiation, used for peaceful as well as military purposes and derived from natural as well as man-made sources.

In the first UNSCEAR Report of 1958, it had been recognized that medical diagnostic and therapeutic exposures were a major component of artificial radiation exposure globally, a fact that remains true today. The Committee has systematically reviewed and evaluated global and regional levels and trends of medical exposure, as well as exposure of the public and workers.

The Committee has regularly evaluated the evidence for radiation-induced health effects from studies of the survivors of the atomic bombings in Japan in 1945 and other exposed groups. It has also reviewed advances in scientific understanding of the mechanisms by which radiation-induced health effects can occur. These assessments have provided the scientific foundation used by the ICRP in developing its recommendations on radiation protection and by the relevant agencies in the UN system in formulating international protection standards.

1956: First Session of the Committee

UN Secretary General Dag Hammarskjöld appointed Dr. Ray Appleyard of Canada as Secretary of the Committee, whose first session was held from 14 to 23 March 1956 in New York. The first two substantive UNSCEAR Reports submitted to the General Assembly, in 1958 and 1962, presented comprehensive evaluations of the state of knowledge about the levels of ionizing radiation to which human beings were exposed and of the possible effects of such exposures. Those reports laid the scientific grounds on which the Partial Test Ban Treaty on the prohibition of nuclear weapon testing in the atmosphere was negotiated and signed in 1963.

Over sixty years ago, purportedly with the intention to deflect a proposal calling for an immediate end to all nuclear explosions, it was proposed to the General Assembly of the United Nations that it establish a Committee to collect and evaluate information on the levels and effects of ionizing radiation. Subsequently on 3 December 1955 the General Assembly unanimously approved resolution 913(X), which established the United Nations Scientific Committee on the Effects of Atomic Radiation (UNSCEAR).